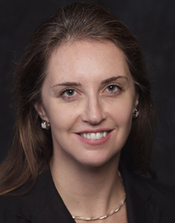 This description of the process of psychotherapy is a generic one, and one that I learnt about in 1995 for the first time during my first year of graduate training in Clinical Psychology at the University of Stellenbosch in South Africa. As part of our Psychopathology course on Personality Disorders, we were given excerpts from Benjamin’s (1993) Interpersonal diagnosis and treatment of personality disorders. Benjamin’s work is grounded in Interpersonal Theory which views personality as intrinsically interpersonal (Sullivan, 1953) and consistent with Leary’s (1957) original interpersonal circumplex and more recent reformulations thereof (e.g. Pincus & Ansell, 2013). In her book, Benjamin provided clinicians with a theoretically grounded model for understanding and treating personality disorder through a truly interpersonal lens. In essence, Benjamin’s and other approaches based on Interpersonal Theory hold that in order to fully understand personality disorder we must consider several interpersonal processes that go awry in personality disorder: complimentarity (oppositeness on dominance and similarity in warmth), copy processes (acting towards others as we were treated, bringing past developmental roles to new situations, treating oneself as one was treated), parataxic distortion (misperceptions of interpersonal behavior) and dysregulation (see Hopwood, Shade, & Pincus, 2014 for a more in-depth discussion).

Perhaps because Interpersonal Theory was my first introduction to personality disorder, I have found confirmation of these basic principles in the intellectual detours I have taken since 1995. During my Ph.D. years at Cambridge University I was heavily influenced by CBT and learnt that Aaron and Judith Beck conceptualized the problems of personality disorders through referring to core beliefs that develop in childhood as the child interacts with significant others and are not fully articulated until the therapist “peels back the layers” in the context of a strong therapeutic alliance (Beck, 1995; p. 166). Central to Marsha Linehan’s (1993) theory of BPD is the idea that individuals with an emotionally sensitive temperament are raised in a family and social environment that cannot meet those needs, which in turn, results in Kernberg’s (1967) borderline organization. Of course, now I am a card-carrying mentalization-based theorist heavily influenced by Peter Fonagy’s (1989; 1991) mentalization-based theory of BPD. Here, we view attachment as central to the development of optimal social-cognitive (mentalizing) capacity that stands in a reciprocal relation to the development of adequate self-other differentiation and emotion regulation. But my own schema of personality disorder is undoubtedly grounded in the circumplex idea and has profoundly impacted my development as a clinical psychologist and a clinical scientist. As a therapist-in-training in 1995, I realized that there was no escaping me in psychotherapy. I would be my tool, and whether I liked it or not, my stuff would be as much on the table as my client’s. As a developing scientist, I became profoundly interested in the magical space between two people and how to capture this empirically. Here I describe a few of the approaches we have used to try and capture this space. I then describe why I find myself currently coming full circle with the circumplex.

Capturing what happens between two people has often been studied under the umbrella of social cognition. In BPD, various methods and paradigms have been used (Sharp & Sieswerda, 2013). A particularly sensitive method that has done well in our samples has been an experimental paradigm called the Movie Assessment for Social Cognition (MASC; Dziobek et al., 2006). Participants are asked to watch a 15-minute film about four characters getting together for a dinner party. During administration of the task, the film is stopped and questions referring to the characters’ mental states (feelings, thoughts, and intentions) are asked (e.g., “What is Betty feeling?”, “What is Cliff thinking?”). For each question, participants are provided with four response options, each of which reflects a type of theory of mind or mentalizing (hypermentalizing, undermentalizing, no mentalizing  and accurate mentalizing). In a sample of adolescents with BPD we have shown a selective impairment in hypermentalizing associated with BPD (Sharp et al., 2011). In another study we demonstrated that hypermentalizing is sensitive to change (in this case as a function of inpatient treatment) and associates with change in borderline traits over the course of treatment (Sharp et al., 2013).  Recently, consistent with predictions from Interpersonal Theory, we also showed that attachment security associates with the tendency to hypermentalize,  which, in turn, relates to elevation in borderline traits (Sharp et al., revise and resubmit). We have now developed a questionnaire-based measure of hypermentalizing which is currently undergoing validity testing (Sharp, 2015).

While research using the MASC is an improvement on prior studies of social cognition in BPD that used less ecologically valid designs, it still assumes that social cognition is a property of the person and not the relationship. This conceptual approach to social cognition ignores the stochastic nature of social interaction and does not allow the development of mathematically tractable models of social decision-making (Sharp, 2012). Social interaction is intrinsically dynamic and the thoughts and action of one agent depends critically on the changing actions (and mental states) of other social agents (Rilling, King-Casas, & Sanfey, 2008). Accordingly, we have used neuroeconomic and behavioral economic tasks to more closely track real-time social interaction and associated brain activity. For instance, we used an iterated version of the trust task to examine trust in adults with BPD (King-Casas et al., 2008). The game was played 10 times over, with total points earned displayed to both parties at the end of the game. Results showed that when cooperation began to falter in the iterated exchange, healthy controls responded with increased hemodynamic activity in the anterior insular cortex, and this neural response preceded an attempt to coax back cooperation from their partner by signaling increased trust. In contrast, a relative insensitivity of the insula was observed in patients with BPD which was associated with a failure to coax back partners into the game.

Now, 20 years later after first reading Benjamin, I find myself coming full circle with the circumplex, as a result of two recent important developments in personality disorder research – developments which many members of SITAR play key roles in. First, we now have a parallel diagnostic system in the DSM-5 with Section III focusing on personality traits. The legitimization of a dimensional trait perspective for the assessment of personality disorder means that we will be using more and more approaches to measuring traits in the future. Interpersonal theory has for a long time provided the only empirically sound method to assess the day-to-day, and moment-to-moment personality functioning of individuals (e.g. Moskowitz & Zuroff, 2004). Second, Criterion A for personality disorders as defined by the DSM-5 Section III requires judgment of the severity of problems in identity, self-direction, empathy, and intimacy – in short, self-other relatedness. Interpersonal theory provides a clear model for the assessment and diagnosis of Criterion A through its consideration of person perception in the context of self-other relatedness.

Of course, we are in the age of integration. I do not have to belabor the point that all my intellectual detours, especially my current detour into mentalization-based theory, can be seamlessly integrated with the theory and methods of Interpersonal Theory. In fact, I would advocate that it is crucial for the development of the field that we cross boundaries to do so. Salome Vanwoerden, a rising second year in my lab has independently developed a paradigm by which the MASC is used in conjunction with the interpersonal circumplex to assess mentalizing and person perception simultaneously (Vanwoerden, Kalpakci, & Sharp). I look forward to this new chapter in our quest to understand the magic, and ultimately to treat psychopathology -- what Benjamin aptly called the gift of love.

Fonagy, P. (1991). Thinking about thinking: Some clinical and theoretical considerations in the treatment of a borderline patient. International Journal of Psycho-Analysis, 72, 639-656.

Sharp, C. (2012). The use of neuroeconomic games to examine social decision making in child and adolescent externalizing disorder. Current Directions in Psychological Science, 21(3), 183 – 188.

Vanwoerden, S., Kalpakci, A., & Sharp, C. Biased perceptions of communal behavior and relations with accuracy of thought attribution. Poster presented at the 8th Annual Meeting of the Society for Interpersonal Theory and Research (SITAR), Toronto, Canada.