A Message from SITAR President – Zimmermann 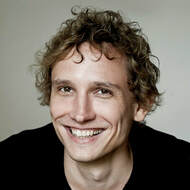 The next SITAR conference in Pittsburgh takes place in just two weeks! The program is diverse and promising: We will have 26 talks and 22 posters, covering up to date research on the assessment, dynamic modeling, and visualization of interpersonal processes, including their consequences for psychological functioning. Scientific highlights are the two keynote lectures given by Karen Matthews and Jill Cyranowski from University of Pittsburgh, focusing on interpersonal risk factors for common medical and psychological problems such as cardiovascular disease and anxious depression. Of course, there are also many social highlights, such as dinner on the rooftop terrace at Hotel Monaco. I am very much looking forward to visiting Pittsburgh and joining the exciting scientific exchange of SITAR, and hope to meet many of you there!

I would like to close with a rather causal remark: As some of you may know, the names of all SITAR presidents are attached on a wooden plaque. The plaque is handed over to the new president every year during the business meeting at the conference, and the new president has the duty to keep it safe until the next year. Since its introduction in 1999, the plaque has already come a long way around: In addition to thousands of miles between North America and Europe, it has successfully passed several security controls at airports (despite the hammer!).

Tracking the location of the plaque since 1999
However, at our next conference in Pittsburgh, its era is probably coming to an end: There is no more room left for the name of the 19th President of SITAR! So, Aidan, I have to think quickly about how we can create new space and continue this beautiful tradition. For me, it was a great honor to hang the plaque with me in the office for a year, reminding me on my scientific roots and peers.