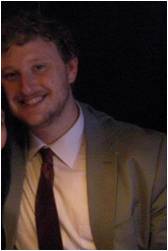 It was an honor to be asked to write for this edition of the newsletter.  I have been very fortunate so far in my career for the opportunity to work with some incredible collaborators and mentors, and hope to dedicate this writing to them.  One aspect of psychological research, which I think is shared by many interpersonal researchers, is that there are many opportunities for collaboration in areas as diverse as, for example, developmental psychology, clinical psychology, and other fields of medicine and law.  This field interests a wide array of other researchers and clinicians.  This is a testament to the early founding ideas of interpersonal research and the continued development of the field by high quality research.

Harry Stack Sullivan once described personality as a pattern of “recurrent interpersonal situations” (Sullivan, 1953 cited in Pincus & Ansell, 2003).  Indeed, interpersonal patterns, problems, and goals seem to describe quite a bit of a person’s personality, behavior, relationships, medical prognoses, and job satisfaction.  So the interpersonal formulation, formally or informally, affects areas of research and practice far afield from psychology.  After reading collaborations of interpersonal researchers with neuroscientists, business researchers, developmental psychologists, and psychiatrists, it seems that learning more about extensions of interpersonal research is a lens for learning about many areas of psychology.   This facilitates collaborations with researchers with a variety of backgrounds.  I doubt that this audience needs more persuasion of the wide-ranging impact of interpersonal phenomena.  However, what is not quite as wide-ranging is the adoption of more specific theory and language.

A mentor and professor of developmental psychopathology recently approached me with an observation of how similar the literature on bullying is to research conducted on hostile behavior by interpersonal researchers.  While bullying is generally defined in terms of the situation (i.e. relational vs. physical), hostile behavior among adults is placed on one pole of the communal axis and denoted by variations in agency leading to dominant, critical behavior or passive, inhibited behavior.  In our discussion it seemed more and more apparent that similar variations are described in bully research as direct (e.g. calling someone a name) or indirect (e.g. excluding someone from a group).  Still, these two literatures remain quite separate.

A classmate recently described one of her clinical cases in supervision: a teenage boy with symptoms of social anxiety disorder.  Within a CBT case formulation she eloquently described a list of safety behaviors (e.g. avoiding eye contact, shouting at someone) he engages in to limit social interactions.  She then described an upcoming behavioral experiment: he was instructed to try asserting his opinion in a conversation, making eye contact, and smiling at others.  It is striking how well these safety behaviors fall on the interpersonal circumplex model, though the case formulation never included this adolescent’s pattern of fluctuating from hostile-dominant to hostile-submissive behaviors.  Within the interpersonal circumplex model, this individual lacked dominant behavior but more strongly exhibited a general lack of agreeable and overabundance of quarrelsome behavior when being dominant or submissive.

If clinical diagnosis is, indeed, moving towards an integrative view of mental illness, then it seems an opportune time to integrate an interpersonal understanding of behavior, personality, and illness.  Interpersonal theory is already becoming increasingly integrated in many areas.  It seems that perhaps there are even more opportunities to extend the field in ways that benefit other areas of psychological and medical research and that benefit the visibility and applicability of the interpersonal field.