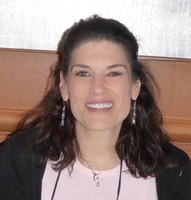 This is a summary of an article that was recently accepted for publication in Behavior Therapy (Newman, Jacobson, Erickson, & Fisher, in press).  Recent conceptualizations of generalized anxiety disorder (GAD) have identified maladaptive interpersonal problems as central to the diagnosis of GAD (e.g., Newman & Erickson, 2010). There is also some data to suggest that interpersonal problems may interact with aspects of treatment to predict outcome. The goal of this study was to determine if participants with interpersonal problems of dominance and intrusiveness would respond differentially to cognitive- behavioral therapy (CBT) versus behavioral therapy (BT) and cognitive therapy (CT).

Although no prior studies have examined interpersonal moderators that might differentiate cognitive and behavioral therapies, we used indirect evidence to hypothesize that extremely domineering and intrusive clients would do worse in treatment that involved cognitive restructuring than in a relaxation-based behavioral treatment that did not include CT. This prediction was based on findings that domineering and intrusive octants on the interpersonal circumplex are characterized by assertiveness and a need for autonomy (Wiggins & Broughton, 1991). Traits related to assertiveness have predicted better response to more concrete, action-oriented treatments than to treatments promoting intellectual understanding such as cognitive therapy (Beutler, Mohr, Grawe, Engle, & MacDonald, 1991). Similarly, people with a strong need to feel in control have responded more poorly to cognitive therapy for depression compared to other therapies (Beutler, Harwood, Michelson, Song, & Holman, 2011).

On one hand, cognitive and behavioral therapists have both been rated as directive, but also as supportive and empathic— contrary to a stereotype of CBT as cold (Keijsers, Schaap, & Hoogduin, 2000). However, although CT and BT may be equivalently “directive,” high dominance/intrusive individuals may be more sensitive to misinterpreting cognitive restructuring as a direct challenge given the “devil’s advocate” position that therapists often take and such clients may have greater difficulty with the CT focus on cognitive/intellectual processes compared to those lower in dominance/ intrusiveness. In contrast, the relatively more experiential, and self-directed, relaxation-based approach of BT focuses more on concrete behaviors (i.e. relaxation and self-control desensitization) that clients can more quickly own and execute independently and does not contain any cognitive challenge. Thus, this approach may be experienced as relatively less autonomy-challenging by high dominant/intrusive individuals. On this theoretical basis, we expected high dominance/ intrusiveness individuals to respond better to BT vs. treatments incorporating CT.

Thus, although CT operates on the principle of “collaborative empiricism,” some high dominance (domineering/intrusive) clients may perceive this process to be less autonomy-granting relative to relaxation-based BT. In addition, cognitive therapy requires logical introspection and analysis of clients’ thoughts, which may be less comfortable for clients who prefer not to engage in more intellectual interventions. These results suggest the possibility of personalizing the delivery of cognitive or behavioral therapy. Behavioral therapy that includes both relaxation and self-control desensitization may be optimal for those with domineering and intrusive personalities. Therapies that include cognitive restructuring may be best for clients who are lower on these interpersonal characteristics.