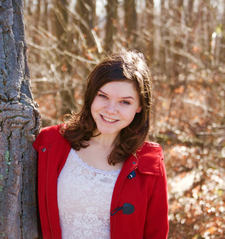 A hallmark feature and a core area of impairment of personality disorders is interpersonal problems. Previous research indicates that there are generally failures in interpersonal complementarily across different personality disorders, as well as personality disorder specific behavioral phenotypes of interpersonal problems. For example, narcissistic rage is typically precipitated by a wounded ego. Conversely, borderline patients often exhibit emotion dysregulation or inappropriate anger in response to perceived rejection by others. Together, this work has characterized broad patterns of behavior across situations, but there is increasing interest in characterizing dynamics that occur during an interaction. Such work not only garners greater specificity for how interpersonal interactions go awry in people with personality pathology, but helps to garner even greater specificity for the behavioral phenotypes that characterize certain personality disorders. For example, are there specific behaviors that borderline patients engage that ultimately escalate their emotional responsivity and lead to an anger outburst? To examine this, behavioral coding has been a primary tool to examine discrete behaviors during a negative interaction. However, emotion research indicates that behavior is often an incomplete indicator (Gross & Levenson, 1993). In particular, research on romantic couples suggests that physiological coregulation—i.e. the reciprocal maintenance of physiological homeostasis—is an emergent property of true attachment relationships (Sbarra & Hazan, 2008). Moreover, there is thought to be evolutionary advantage to seeking others for support when distressed as opposed to solely relying on self-regulation strategies (Beckes & Coan, 2011).  For example, you feel hurt after you have a grant rejected. You can either self-soothe using coping strategies that range from substance abuse to going on a run to clear your mind. Alternatively, you can seek social support from close friends or romantic partners. Given the centrality of dysfunctional close interpersonal relationships in people with personality pathology and the importance of coregulation in maintaining healthy relationships, it seems plausible for coregulation to be disrupted in couples with personality pathology. Furthermore, research indicates that autonomic attunement may be disrupted for people with certain personality disorders (Hughes, Crowell, Uyeji, & Coan, 2011), which suggests that poor autonomic flexibility may be a more general problem in people with personality pathology and calls into question their capability of attuning to their romantic partners. Together, these different lines of research suggest that physiological coregulation may be one disrupted process that accounts for the escalation of discord during negative interactions in people with personality pathology.

To investigate this question, we sampled psychiatric outpatients and their romantic partners were unselected. The psychiatric outpatients (probands) were oversampled for personality pathology broadly and specifically borderline personality disorder. Probands and their partners were brought into the laboratory. To examine state changes before and after the interaction, we collected the State Adult Attachment Measure (SAAM), the Impact Message Inventory Circumplex (IMI-C) and the Positive Affect and Negative Affect Schedule (PANAS). To create a context that would elicit a negative interaction, probands and their partners each filled out a questionnaire indicate the worst conflicts in their relationships. A master’s level clinician then interviewed the couple until they determined the greatest conflict for the couple. For the next ten minutes, the couple was tasked with discussing this conflict. During this interaction, heart rate was recorded using electrocardiograph (ECG) at 1000Hz and video was recorded to also code behavior during the interaction. To assess physiological coregulation in a couple, we adopted the operational definition put forth by Butler and Randall (2013) and adapted differential equations of physiological coregulation (Steele & Ferrer, 2011). We estimated parameters for the stochastic differential equations using variational Bayesian analysis (Daunizeau, Adam, & Rigoux, 2014). We then used structural equation modeling to examine how personality traits predict coregulation style. Second, we examined how coregulation style mediates changes in affect, perceived interpersonal stance and state adult attachment. Finally, we examined how behavior during the interaction—using the Specific Affect Coding System to characterize the proportion of time participants engaged in behaviors categorized as “nasty” versus “nice” behaviors (Coan & Gottman, 2007)—to assess how physiological coregulation and concurrent behavior during the interaction are two distinct pathways by which people affect each other during a negative interaction.

Together these findings support the following notion: characterizing how interpersonal relationships go awry in people with personality pathology requires examining multiple levels of analysis. Behavior alone fails to capture important mechanisms by which people communicate and the rich ways in which personality pathology moderates our existing understanding of how physiological coregulation operates in couples. Moreover, despite physiological coregulation being a process of which people aren’t actively aware, these analyses indicate that coregulation is an additional channel of communication between partners in that the perception of how a proband perceives the partner not only affect that proband’s behavior but the partner’s perception of the proband at a later time. Finally, these results suggest that coregulation style adopted by probands exacerbates perceptions of their partner, which suggests that personality pathology may induce a positive feedback loop where part of the dynamics that causes interpersonal problems in people with personality disorders is that they engage in behaviors that escalate conflict and that continue to reinforce the partner’s view of them.