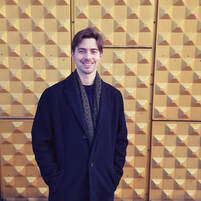 In the past, researchers have neglected the importance of operationalizing interpersonal problems according to their latent structure by adopting distinct scoring procedures, including dimensional (i.e., computing scores for severity, agency, and communion) and categorical approaches (i.e., classifying persons into subgroups according to their interpersonal profile). This is problematic because dimensional and categorical scores summarize the information at hand in diverging and incompatible ways, such that empiric findings cannot be integrated conceptually and statistically (i.e., meta-analytic integration). This hinders cumulative research on interpersonal problems. The way in which researchers conceptualize, operationalize (i.e., score measures), and statistically model interpersonal problems should match their underlying latent structure, namely, it should correspond to what exactly is being measured. Notably, a measurement can be considered valid when the empirical evidence supports that the test scores reflects the target construct adequately (Kane, 2013). Categorical and dimensional methods of scoring interpersonal problems are mutually exclusive in their implicit structural assumptions and therefore, cannot be equally valid. Failure in meeting these assumptions may affect the psychometric properties of the measurement and the quality of inferences, for instance, by losing statistical power or by being misled into false conclusions at worst (Markon, Chmielewski, & Miller, 2011). A comprehensive structural analysis of interpersonal problems is needed to resolve these issues and move the field forward.

We enlisted several large samples (N = 5400, 491, 656, 712) to estimate a set of candidate models including, but not limited to, dimensional (i.e., confirmatory factor analysis) and categorical approaches (latent class analysis). Latent variable models were compared with regard to their structural validity, as evaluated by model fit indices (corrected Akaike’s information criterion and the Bayesian information criterion), and their concurrent validity, as defined by the models’ ability to predict relevant external variables. We wanted to find out which statistical model would best explain the covariance between octants (i.e., model fit) and best detect the associations to other variables of interest (i.e., criterion-oriented validity).

The three-dimensional solution based on the Interpersonal Circumplex performed best in terms of model fit, prediction, robustness and parsimony. The categorical solution had worse model fit, explained less variance in external variables, did not replicate across samples, and was heavily parameterized. These results indicate that the extracted classes in categorical models might be spurious (i.e., methodological artifacts).

Our results indicate that interpersonal problems are best described by three interpersonal dimensions, including severity (i.e., general factor) and style (i.e., agency and communion). We argue that IPC-based scores offer a well-fitting approximation, such that they sufficiently explain the systematic covariation between the observed interpersonal octants. What are the implications of using categorical approaches, given that the latent structure of interpersonal problems was actually three-dimensional? To illustrate this, imagine a hypothetical finding that is based on the categorical approach (e.g., three latent classes representing distinct octant profiles within a sample of depressed patients). In this scenario, the latent classes simply captured blends of the dimensions, in other words, dimensional information on individual differences would have become confounded within classes. How could someone interpret the statistical association between class membership and another psychological construct under such circumstances? The answer is unclear, because it would be indistinguishable to what degree the association could be attributed to the influence of any one of the three dimensions, let alone additive or interactive effects. We argue that inferences on the basis of discrete interpersonal types are suboptimal and should be avoided. In future investigations researchers may simply use dimensional IPC-based scores: Such scores draw from a longstanding tradition (e.g., Wiggins, 1979), are conceptually rich (Dawood, Dowgwillo, Wu, & Pincus, 2018) and easy to interpret and to implement.