The Clinical Angle: Understanding the Impact of Traumatic Stress: Contributions from Interpersonal Theory and Research.
​ 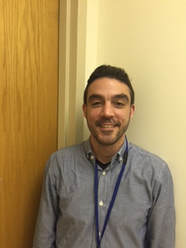 Brian R. Van Buren
Massachusetts General
Hospital/Harvard Medical School
Recent contributions to the traumatic stress literature estimate that while approximately 75% of people will experience a traumatic event in their lifetime, only 10% of this population develops symptoms consistent with a diagnosis of post-traumatic stress disorder (PTSD; e.g., Benjet et al., 2016, Kilpatrick et al., 2014). The vast literature on the impact of traumatic stress has offered a wealth of information about risk and resilience factors for PTSD following trauma exposure, including some recent developments that examine how interpersonal factors might influence post-traumatic sequelae. In this segment of the clinical angle, I’ll be summarizing some of these findings and discussing how insights from interpersonal research can expand our approach to trauma-informed care.

The centrality of social factors in fostering adjustment following trauma exposure has been well-established, with one meta-analysis finding that the most robust predictor of PTSD after a traumatic event was a perceived lack of social support (Brewin, Andrews, & Valentine, 2000). Both initial and prolonged reactions to trauma can also exert an influence on a person’s interpersonal environment, such as when symptoms of behavioral avoidance, emotional numbing, and hyperarousal result in social withdrawal or increased irritability. There is now also emerging evidence that the treatment of interpersonal functioning following trauma might be an effective way to address PTSD symptoms. For example, in a recent pilot of Interpersonal Psychotherapy (IPT) for PTSD, Markowitz and colleagues (2015) found that patients treated with IPT experienced roughly equivalent symptom reduction when compared with those undergoing Prolonged Exposure (PE).

These findings indicate that interpersonal factors play an important role in the onset and expression of PTSD symptoms, though at potentially varying levels depending on individual differences. Accordingly, in collaboration with colleagues at Massachusetts General Hospital’s Psychological Evaluation and Research Laboratory (Van Buren et al., 2018), we looked at variations in interpersonal functioning as potential predictors of PTSD symptom development. Our data came from a sample of 352 adults who were referred to our program for comprehensive psychological assessment and reported a history of trauma exposure. Using the Traumatic Stress subscale from the Personality Assessment Inventory (PAI; Morey, 1991), we found that approximately half of this sample endorsed symptom severity consistent with a diagnosis of PTSD. We then looked at whether some of the interpersonal constructs assessed with the PAI would be able to discriminate among those patients who did and did not develop PTSD. Within our sample, we found that variables related to perceptions of nonsupport, interpersonal mistrust, negative relationships, and concerns about abandonment were significantly higher in the PTSD group when compared with the non-PTSD group. Interpersonal dominance was higher in the non-PTSD group, and no group differences emerged on variables pertaining to interpersonal behaviors such as physical or verbal aggression and social withdrawal.

When viewed through the lens of interpersonal theory, these findings offer some nuanced insights into how trauma exposure might interact with one’s interpersonal world to increase risk and foster resilience against the development of PTSD symptoms. The finding that perceptions of nonsupport were more elevated in those with higher PTSD symptoms replicates prior findings and underscores the importance of maintaining communal ties with others when coping with the effects of trauma. Mistrust, perceptions of negative relationships, and concerns about abandonment were also elevated in the PTSD group. What these three dimensions of interpersonal functioning share in common is that they capture elements of expectations of others. Thus, it may be that those trauma survivors who harbor negative expectations of the social environment experience more difficulty with seeking or accepting the social support necessary to foster resilience against PTSD. Lastly, the finding of higher levels of interpersonal dominance in those who did not develop PTSD has implications for understanding the role of agency in protecting against the impact of trauma. Theories of PTSD symptom development highlight the role of posttraumatic maladaptive negative beliefs about the self as helpless, weak, or damaged (e.g., Ehlers & Clark, 2000). Adaptive levels of interpersonal dominance and a maintained sense of agency might therefore be protective factors against developing these beliefs, thus mitigating risk for PTSD.

Among the revisions to the diagnostic criteria for PTSD in DSM-5 (APA, 2013) was the parsing out of a symptom cluster related to “negative alterations in cognitions and mood.” This expanded cluster added symptoms such as exaggerated self or other blame, increased social isolation, and altered, predominately negative perceptions of one’s environment. These changes grew out of empirical and clinical recognition that traumatic stress exerts a toll on the survivor’s interpersonal world. Our findings lend preliminary support to the role of interpersonal functioning in understanding risk for PTSD following trauma exposure, and suggest that further research on variations in agency and communion might be of diagnostic utility in studies of the impact of traumatic stress.