Keynote Speaker: It is the Relationship Stupid - David Kenny 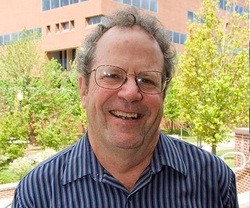 David A. Kenny
University of Connecticut
I was honored to be one of two keynote speakers at the 2014 SITAR meeting in New Haven.  Here I provide a brief summary of my talk.

I use the Social Relations Model to partition the variance into several sets of measurements including group, individual (both actor and partner), and relationship variance.  For many of the variables under study, we might think that there would be more variance at the individual level than at the level of the relationship.  Among the domains reviewed was liking (both romantic and non-romantic), personality (Big Five, anxiety, attachment, and religious models), and behavior (self-disclosure, and social support, aggression).  Just using the median across the nine domains, relationship explains nearly a third of the variance and it is the largest or tied as largest source of variance in 8 of the 9 domains.  Relationships are a dominant source of variance.

Why is it then that we focus so little on relationships?  The reasons are in part cultural, linguistic, statistical, and theoretical.

Finally, I discussed how we might understand how to study or understand why there is such a great deal of relationship variance.  I outlined three different approaches:  The first is that behavior and perceptions are determined by factors that vary at the level of the relationship.  For instance, it might be we like people more if we interact with them more.  Rate of interaction is a relational variable.  So within this approach we look for factors that explain relationship variance.  The second is more theoretically interesting.  It examines the fit or match between the two persons.  So John might like Sally because John tends to like red heads and Sally is a red head.  So in this approach, you need to line up an actor’s preferences with the partner’s characteristics.  The third explanation I called an emergent explanation.  There is no observable cause of the relationship effect, but rather it emerges out of the interaction between the two persons.  Even though we may be unable to understand what created the relationship effect, we can still study its consequence.

I thank SITAR for giving me a chance to share some ideas that I have been pondering now for nearly 40 years and your questions and comments have given me more to consider.