This article describes recent work focussing upon interpersonal style in the forensic context and orients readers to research groups involved with this work. Its aim is both to showcase the work we have done but also to encourage collaborative efforts so that we can expand our work beyond description and characterisation to intervention to change problematic interpersonal behaviour. 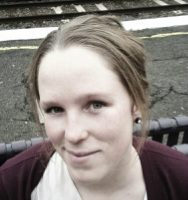 Tegan Podubinski
Recent studies have elucidated the interpersonal style of patients and prisoners in secure settings (civil and forensic psychiatric hospitals and prisons) that is associated with violence and other disciplinary problems (e.g., Daffern et al., 2008; Dolan, & Blackburn, 2006), problematic therapeutic relationships (Cookson, Daffern, & Foley, 2012) and treatment non-completion (Daffern, et al., 2008; Edens, 2009). Almost universally the interpersonal style with the strongest relationship with these important problematic outcomes, in patients with personality disorder (Dolan & Blackburn, 2006), stable and chronic symptoms of mental illness (Doyle & Dolan, 2006) and in acutely psychotic patients (Daffern et al., 2010a), is a hostile-dominant interpersonal style. However, in some studies a dominant and hostile interpersonal style has also been shown to be important; these differences may well be due to subtle differences in the instruments that have been employed to measure interpersonal style.

Before proceeding we would like to describe the history behind our own research programme. Michael Daffern’s interest in interpersonal style is relatively recent, and began during a period of work within one of the United Kingdom’s High Secure Dangerous and Severe Personality Disorder (DSPD) hospital treatment sites (Rampton Hospital). There he observed that some of the most difficult to manage and least engaged patients were those who had been admitted to hospital after they had completed a prison sentence, whereupon they were admitted indefinitely. This was a group of patients who were high in psychopathic traits, who had a known history of offending and who were assessed as being a high risk of future serious offending. The assessment of their interpersonal characteristics and the interaction between these and the treatment setting appeared critical to understanding their interpersonal aggression and treatment non-adherence. Professor Conor Duggan, a consultant psychiatrist and academic at Nottingham University, highlighted the importance of interpersonal theory to personality disorder and our collaborative exchanges helped us formulate a tentative (yet rather simple) hypothesis for these patients’ reactions. Basically, our hypothesis was that aggression may arise in patients with an extreme and rigid hostile-dominant interpersonal style (the style that is characteristic of patients with psychopathy) because the demands of the inpatient setting challenge this dominance, causing an anxious and aroused hostile state in which aggression is more likely (particularly in a group with an established repertoire of violent behaviour). Alternatively, we believed that aggression might occur in this group as a method for escaping the environment, given that an absence of engagement might result in discharge

In our own research we have shown a preference for the Impact Message Inventory (IMI; Kiesler, 1987), a self-report transactional inventory that works on the assumption that the interpersonal style of one person can be validly defined and measured by assessing the covert responses of another person. These two measures tend to produce comparable results though Dominance seems to be more reliably associated with inpatient aggression than Hostility in studies using the IMI, whereas Hostility is frequently associated with aggression in studies employing the CIRCLE. Future research should examine the concurrent validity of the scales relevant to forensic practice (Dominance, Hostility and Hostile-Dominance) in a variety of self-report, observational and transactional inventories before these measures become routinely used in forensic practice.

Another related measure that is becoming increasingly used in forensic settings is the Person’s Relating to Others Questionnaire-Third Version (PROQ3; Birtchnell et al., submitted), which assesses relating style. According to Newberry and Birtchnell (2011), though there are also clear similarities with interpersonal theory; the eight PROQ scales have been shown to correlate positively and meaningfully with two measures of interpersonal style that are based upon the interpersonal circle (the Interpersonal Checklist-Revised (ICL-R; De Jong, van den Brink & Jansma, 2000), and the Circumplex Version of the Inventory of Interpersonal Problems (IIP-C; Alden, Wiggins & Pincus, 1990) (Newberry & Birtchnel, 2011). Finally, studies using the Personality Assessment Inventory (PAI; Morey, 1991) have helped explore the usefulness of interpersonal theory, as measured by the PAI’s two interpersonal scales, to forensic practice. In a sample of inmates followed prospectively, Edens (2009) showed that high Dominance and, to a lesser extent, low Warmth, the two interpersonal style subscales incorporated within the PAI predicted general and aggressive institutional misconduct, whereas Dominance uniquely predicted staff ratings of treatment noncompliance/failure.

Our preference for the IMI is that it encourages raters to consider the impact a client/patient is having on them and therefore, to think about how they are relating to the patient. When studying aggression it is important to understand the role of the individual and their social environment and this interactional approach is consistent with contemporary models of aggressive behaviour (see Anderson & Bushman, 2001). This focus on staff reactions and actions becomes an important focus of aggression prevention training; interpersonal theory provides a useful and parsimonious framework for assisting staff understanding of the complex and difficult behaviour by patients.

This focus on prevention and management has also assisted the extension of our research beyond characterisation of aggressive patients, where hostility and dominance start to be considered as risk factors for aggression and treatment non-completion, to the development of prevention strategies, including theoretically informed ways of limit-setting for forensic psychiatric nurses. An additional focus of our more recent research has included a study of change in hostile-dominance over time; results of one of our studies showing that despite improvement in psychotic symptoms, specifically paranoia, which was correlated with hostile-dominance in a sample of psychiatrically unwell inpatients, that hostile-dominance is typically stable over time (Poduninski, Daffern, & Lee, 2012). An additional finding of note was the significant positive correlation during both the acute illness phase and 12-month follow-up (r-values of .39 and .35 respectively) between hostile-dominance and paranoid psychotic symptoms. While this research design cannot determine causality, it raises the possibility that people who are high in hostile-dominance may also be prone to experiencing more severe paranoid psychotic symptoms. With these findings in mind, and against the background of other research suggesting hostile-dominance may not be amenable to treatment (Birtchnell, 2002; Horowitz, Rosenberg & Bartholomew, 1993), we have recently examined whether hostile-dominance is modifiable by studying a relatively small group of patients with personality disorder who participated in intense inpatient psychiatric and psychological treatment. Since hostile-dominance is a key component of psychopathy and the treatment of this personality disorder has a long and complex (and pessimistic) history, this evaluation is important to understanding whether this aspect of the psychopathic personality is modifiable (Daffern, Lee, Huband, McCarthy, & Duggan, under review). We hope to present the results of this work soon.

In summary, recent work by numerous scholars has helped promote interpersonal theory as a useful way of understanding interpersonal behaviour within secure settings and in the therapeutic context with offenders. A variety of measures for assessing interpersonal style now exist, though they tend to produce slightly different results, pointing to the need to examine the convergent validity of the different instruments. Most importantly, results of this accumulated research suggest interpersonal style may have a strong relationship with problem behaviours of interest in the forensic context such as aggression, including symptoms of psychiatric illness. Several researchers have made suggestions for intervention and management of problematic interpersonal functioning that are based on theory (Newberry & Birtchnell, 2011) and extrapolation from research in other domains (Daffern, Day, & Cookson, (2012). This area of work is under-developed and should be the focus of future research. We would welcome opportunity to collaborate to progress our work.
References:

Daffern, M., Day, A. & Cookson, A. (2012). Implications for the prevention of aggressive behaviour within psychiatric hospitals drawn from interpersonal communication theory. International Journal of Offender Therapy and Comparative Criminology, 56, 401-419.