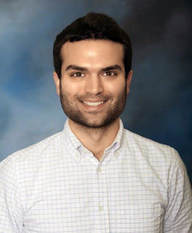 John D. Dimoff and Michael A. Sayette
Department of Psychology
University of Pittsburgh

Although it is clear that substance abuse is driven by both person-level and situational (e.g., social) factors, it is curious that laboratory research on alcohol and tobacco use—two of the country’s top causes of death (World Health Organization, 2011)—traditionally has studied individuals in isolation. This approach has made it difficult to identify interpersonal mechanisms underlying substance use, and slowed the development of theories of addiction that include a much-needed interpersonal component. Moreover, the general omission of a social context in laboratory studies of substance use wastes an opportunity to study basic principles of human behavior, many of which are linked to interpersonal functioning (Dimoff, Sayette, & Norcross, in press; Miller & Brown, 1997). To address these concerns, our laboratory has conducted studies that are informed by the broader literature on interpersonal processes in order to examine both person-level and situational factors affecting both alcohol and tobacco use.

In our alcohol research, participants interact with others with minimal structure (e.g., groups of strangers are instructed to drink an alcoholic or a nonalcoholic beverage and are permitted to discuss whatever they wish while they drink). Because unscripted social interactions can be especially difficult to assess, our group digitally records all interactions and codes them employing content-free speech analyses, acoustic analyses, and analyses of expressive behavior using the Facial Action Coding System (FACS; Ekman, Friesen, & Hager, 2002). We utilize this multimodal approach to assessment in order to comprehensively evaluate the socio-emotional experiences of participants. 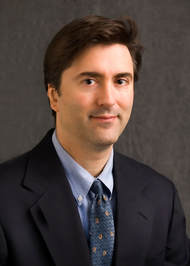 Michael A. Sayette
Department of Psychology
University of Pittsburgh
Over the past dozen years we have examined the impact of alcohol on social drinkers in an interpersonal context (Sayette et al., 2012). Our first objective was to demonstrate that we could create a fairly naturalistic, spontaneous social drinking encounter in the laboratory in order to study the impact of alcohol on group formation and social bonding.  We recruited 720 social drinkers (half female) and assembled them into 240 three-person groups. We worked to ensure that group members were unacquainted with one another, and that all possible gender compositions were represented equally. Using FACS, we coded approximately 34.9 million frames of video footage recorded while participants consumed their beverages together.  Our initial set of analyses across a diverse set of measures revealed that groups who had received a moderate dose of alcohol reported more social bonding than did groups consuming nonalcoholic beverages. Moreover, alcohol-drinking groups evinced more positive facial expressions than did their nonalcohol-drinking counterparts. At the group level, we observed that alcohol increased coordinated behavior. Specifically, alcohol consumption led to more “golden moments” (i.e., instances in which all group members were simultaneously displaying “true” Duchenne smiles, as coded using FACS) and greater turn-taking when speaking, both of which were associated with self-reports of social bonding. These findings offering broad support for alcohol’s rewarding effects stand in contrast to an often contradictory literature examining alcohol and emotion when individuals are studied alone (Sayette, 2017). Further, our results gave us confidence that we had created a useful laboratory paradigm to investigate in a more nuanced fashion the socio-emotional effects of alcohol.

These initial findings led to subsequent analyses aimed at identifying mediators (e.g., emotion inertia, emotional contagion) and moderators of alcohol’s effects (e.g., gender, extraversion) (for summary see Sayette, 2017).  For example, we examined the degree to which a smile during one 10-second period of the interaction would predict smiling during the next 10-sec interval. Results indicated that alcohol reduced the association between present and past affective displays, and that this mediated the impact of alcohol consumption on self-reported mood and social bonding (Fairbairn & Sayette, 2013). Alcohol consumption may be rewarding in part because it enhances one’s ability to enjoy the present moment, unbound from the past. We also evaluated the moderating role of race on the association between alcohol and social discomfort, finding, for example, that in inter-racial groups (containing two white and one black participant) alcohol consumption reduced facial and verbal displays of social discomfort amongst the white participants (Fairbairn, Sayette, Levine, Cohn, & Creswell, 2013). More recently, we observed that participants high in extraversion were sensitive to alcohol’s mood-enhancing effects and that this relation was mediated by the extent to which participants engaged in mutual smiling with their group members. That is, data offered initial evidence that extraversion was associated with alcohol reward and suggested an underlying social mechanism (shared smiling) to explain this effect (Fairbairn et al., 2015). Taken together, these findings suggest that the rewarding effects of alcohol can be subtle and practically impossible to assess without consideration of social context and a multimodal assessment.

Our lab also focuses on cigarette smoking and accompanying cravings. Smoking is often considered by (human) laboratory researchers to be an especially intrapersonal addiction associated with a pressing need for nicotine. Compared to drinking an alcoholic beverage, for example, nicotine ingested in cigarette smoke rapidly reaches the brain and more precisely affects specific (acetylcholine) receptors. However, findings from a host of non-experimental studies suggest that interpersonal processes, such as modeling, also play an important role in the stubborn persistence of smoking for many individuals (see Dimoff & Sayette, 2016). Smokers often smoke with spouses or friends and these social contexts likely play a crucial role in one’s ability to quit or relapse. We recently embarked on an effort to learn more about the social processes associated with smoking and cigarette craving. In one study, we are investigating whether smoking together helps romantic partners to “capitalize” on (i.e., supportively reflect upon) a recent positive event in their partner’s life. In another study, we are testing whether cigarette cravings, which have been linked to important real-world consequences such as relapse (see Sayette, 2016), are experienced differently depending upon the interpersonal context in which they occur (i.e., with a friend versus alone).

Substance use disorders have been a longstanding problem and, unfortunately, are increasing in prevalence (Dimoff et al., in press). Many advances in the addictions field have focused on neurobiological and pharmacological mechanisms underlying substance use. Yet purely neuropharmacological explanations do not entirely account for substance use, and there is a need to expand the scope of this research to better integrate interpersonal factors. Social processes cannot be ignored if we strive to advance understanding of why people use, and in many cases struggle with the consequences of, these substances. Because interpersonal processes present challenges with respect to measurement and analysis, interdisciplinary approaches linking investigators with expertise in social and personality research to those with substance abuse expertise are sorely needed in order to develop the next generation of interventions. Not only can this work lead to more comprehensive models of substance abuse, but manipulations such as alcohol consumption and cigarette cue-exposure offer powerful tools to test general models of human agency and social bonding.

Dimoff, J. D., Sayette, M. A., & Norcross, J. C. (in press). Addiction training in clinical psychology: Are we keeping up with the rising epidemic? American Psychologist.

Sayette, M.A. (2016). The role of craving in substance use disorders: Theoretical and methodological issues. Annual Review of Clinical Psychology, 12, 407-433.

World Health Organization. (2011). Global status report on noncommunicable diseases, 2010. In Description of the Global Burden of NCDs, Their Risk Factors and Determinants, pp. 33–37. Geneva: WHO.