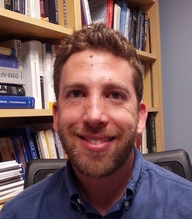 I continue to be impressed with the ways in which interpersonal theory has been expanded (directly and indirectly) to diverse areas of research and topics of interest. In the last issue I used the Expanding the Circle column to summarize an interesting investigation that explored interpersonal perception of musical tastes. In this issue I summarize a study that explores the possible interpersonal effects of a mindfulness meditation practice. Mindfulness is a topic that has generated much attention over the past decade and there has been an explosion of information being disseminated about its benefits which has even extending to pop media culture (see Time magazine February 2014 issue “The Mindful Revolution”). Mindfulness has been defined as the awareness that emerges through actively paying attention, in the present moment, to the unfolding of moment to moment experience (Kabat-Zinn, 2003). The benefits of mindfulness practices such as Vipassana meditation are purported to include greater self-awareness and flexibility when responding to life situations, which may ultimately result in greater happiness. Findings regarding the benefits of mindfulness meditation have been based largely on research examining individual differences in mindfulness and its relation to subjective experiences of well-being (e.g. Brown & Ryan, 2003), findings from neuroscience demonstrating increased cortical activation associated with positive emotional experiences (e.g. Davidson et al., 2003), as well as evidence that mindfulness based therapeutic interventions are effective in reducing psychological symptoms (e.g. depression; Segal, Williams, & Teasdale, 2002).

Choi and colleagues conducted two studies to examine whether mindfulness meditation is associated with people actually looking happier. In the first study they recruited 13 novice meditators who were about to begin an intensive 9 day meditation retreat in Denekamp, the Netherlands. These novice meditators were individuals who participated in no more than one previous meditation retreat. The participants then engaged in a 7 minute structured interview which involved introducing themselves, describing their lives over the past year and their hobbies, and describing the weather and their activities of that day. Thirteen gender-, age-, and education-matched controls with no prior meditation experience (controls) and who were on a holiday break during the Christmas and New Year period were also recruited and participated in the same structured interview. Following the meditation retreat the participants (including the controls) engaged in a second interview that was structured in the same fashion and answered the same questions. Eighty students from the Radboud University in the Netherlands were then recruited as the observers and were informed that they would participate in a study about emotion and facial expression. The observers then watched a 15 second video clip of the interview that contained no sound and was taken from the 5th minute of the interview. Observers who were blind to the study conditions (did not know that the targets consisted of meditators and non-meditators) were then randomly assigned to rate one of two sets of videos. One set contained time 1 videos (T1) of both meditators and the controls and the second set contained videos of both meditators and controls from time 2 (T2). In this fashion, observers did not rate a target person twice. Raters were instructed to watch the 15s video clip and to evaluate their perception of the target’s happiness on three questions: (1) a 7-point pictorial “smiley-frowny faces” scale, (2) “I think this person looks happy” (10 point scale; 1 = strongly disagree to 10 strongly agree), and (3) “I think this person looks satisfied” (10 point scale; 1 = strongly disagree to 10 strongly agree). Reliability of the raters was calculated using an intraclass correlation and found to range from .96 to .98. Thus, the scores of the raters was averaged for each item and then used to create an index of “observed happiness” by averaging the three items into one average score.

In Study 1 the investigators used analysis of variance to test the hypothesis that meditation led to people looking happier and found a significant interaction between group and time p<.001, η2 =.30 and no main effects of group or time. In line with their hypothesis they found that the mean perception of happiness increased for the meditator group from T1 to T2, p<.05, η2 =.29 but not for the controls. Interestingly, they also found that the perception of happiness decreased for the control group from T1 to T2, p<.05, η2 =.32. While it is not entirely clear why the controls were observed to look less happy at T2 the authors speculate that it may be related to the fact that the study took place during the Christmas and New Year holiday and cite literature suggesting that holidays may be associated with decreased in happiness. The investigators also compared the level of observed happiness between meditators and non-meditators at both T1 and T2 and found no significant differences between the groups. Thus, in spite of some unexpected findings the authors argued that the results support the conclusion that the meditators looked happier at T2, as observed by strangers and offer this as initial evidence that mindfulness meditation is associated with looking happier.

In Study 2 the investigators sought to extend the study by looking at perceptions of happiness among long-term, experienced meditators as compared to non-meditating matched controls. To do this they recruited 10 long-term meditators who were considered by their meditation teachers to be skillful in the practice of mindfulness but whom themselves had normal professions. The sample had an average of 17.1 ± 7.85 years of meditation experience. A new set of 46 students participated as the observers and watched a 15s video clip of each of the 10 meditators and 10 non-meditators which were presented in random order and rated the targets on the same items from Study 1. The inter-rater reliability was again high (.96 to .99). A paired t-test was calculated to test whether the meditators were perceived as looking happier than the non-meditators. In line with the researcher’s hypothesis the observers rated the meditators as looking happier than the non-meditators p<.001, d =.58.

If you have ideas or suggestions or would like to contribute to a future Expanding the Circle column please do not hesitate to contact me (lukoson@gmail.com)

Choi, Y, Karremans, J, & Barendregt, H. (2012). The happy face of mindfulness: Mindfulness meditation is associated with perceptions of happiness as rated by outside observers. The Journal of Positive Psychology, 7, 30-35.