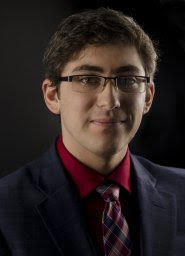 The ubiquity of smartphones has allowed researchers to capture social interactions that represent individuals’ typical, every day interactions in vivo using techniques such as ecological momentary assessment (EMA; Stone & Shiffman, 1994).  Nevertheless, an open question remains regarding how to most faithfully model the theoretical construct of interpersonal complementarity.  To date, many EMA studies of complementarity have modeled warmth synchronicity and dominance reciprocity separately, using the interaction term of self- and other-ratings on each dimension to represent the two components of complementarity.  Although this approach is supported by Interpersonal Theory’s hypothesis that warmth and dominance are orthogonal dimensions, there is some evidence to suggest that these dimensions may not be entirely independent (e.g., Roche et al., 2013; Wright et al., 2017).  Therefore, statistical approaches that model the dimensions separately may not fully capture the dynamic “dance” of interpersonal behaviors that represents complementarity.

Our team’s investigation compared the traditional approach of modeling warmth synchronicity and dominance reciprocity separately with two statistical methods which incorporate the two dimensions together.  Three independent samples of undergraduates (total N = 890) were asked to report on their most recent social interaction several times per day over seven days.  Participants used an app on their personal smartphones to rate their own interpersonal behavior, their perceptions of their interaction partner’s behavior, as well as their own affect.  We compared the three different statistical methods using multilevel structural equation modeling, which decomposes individuals’ tendencies to report more or less warmth, dominance, and favorable affect (i.e., between-person effects) from deviations from their typical ratings in each respective social interaction (i.e., within-person effects).  Because we were primarily interested in complementarity as it pertains to social interactions, our analyses focused on the within-person effects.

Our analyses suggested that modeling complementarity using Euclidean distance scoring produces the most reliable associations with favorable affect, in line with Interpersonal Theory.  This approach is not only more parsimonious than traditional approaches that use separate estimates of warmth synchronicity and dominance reciprocity but is also a better match for the theoretical unitary construct of complementarity.  We were initially surprised by the failure of the difference scoring approach to show theoretically consistent associations with affect.  The problem with this approach lies in its treating any interaction ratings which do not have both reciprocity and synchronicity as poor interactions.  That is, under the difference score approach, any interaction ratings other than high complementarity are treated as anti-complementarity interactions (i.e., poor matches on both dimensions), resulting in associations with poorer affect, even if the actual interaction ratings showed a-complementarity (e.g., match on warmth, but not reciprocal in dominance).  In summary, our results across three samples support modeling complementarity using the Euclidean distance approach because it produced more reliable and theoretically consistent associations with affect and because the approach is a strong conceptual match with the theoretical construct.
​
The manuscript associated with this project is now under review.  The interested reader can read the full manuscript at https://psyarxiv.com/5xj7k/ and find project materials at https://osf.io/tc62e/.  The first author is grateful to the poster award judges and the SITAR community for their recognition.
​
References