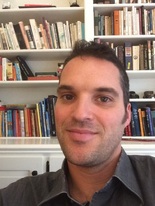 I am happy to report that the 18th Annual SITAR meeting in Toronto was a great success. Presentations by students and faculty presented theoretically and empirically rich talks and posters on topics across a range of disciplines. We were fortunate to enjoy keynote addresses by Tom Hollenstein of Queen’s University, who discussed dynamical systems and state-space approaches to understanding and analyzing longitudinal and developmental data, as well as Geoff MacDonald from the University of Toronto, who discussed a series of interesting experiments examining interpersonal motives for social connection and bonding that involve rewards beyond safety and security. As usual, there was a series of very high quality presentations by students, including a talk by Sarah Dermody from the University of Pittsburgh on applying time-varying effects models to momentary interpersonal data, which won the Jerry S. Wiggins Award for Outstanding Student Presentation. Congratulations and thanks to Conference Committee Chair Nicole Cain for all of her hard work in putting together such an excellent and well-organized schedule.

The Toronto Double Tree by Hilton proved to be an excellent venue, in which talks and meals were organized in the same building, which was nevertheless nestled in downtown Toronto, near a variety of interesting venues. Many thanks to Marc Fournier and Nina Dhir as well as Marc’s students Stefano De Domenico, Mengxi Dong, and Matthew Quitasol for serving as onsite hosts for the meeting.

As discussed at the meeting, we are looking forward to the possibility of meeting in Europe in 2016, and will keep the membership posted as details emerge about the venue. The Executive Council have been discussing the possibility of returning to Europe over the last few years, in order to encourage and maintain relationships with some of our European members. This need has always been balanced against the fact that it is more challenging for North Americans, and particularly North American students, to attend European meetings, as well as the cost for the society. However, it has been several years since our last European meeting in Zurich, Executive Office Patrick Markey reports that the budget is in good shape, and two members, Johannes Zimmermann (Berlin) and Heleen Pennings (Utrecht/Amsterdam) volunteered to look into the possibility of hosting. The time seems right, and I am looking forward to meeting in Europe next year!

During the business meeting, Mark Lukowitsky and Aidan Wright were nominated and agreed to run for Vice President of the Society, to replace Johannes Zimmermann, who is now President-Elect. I thank Mark and Aidan for their ongoing service to the society, and look forward to working with both of them on the board during the upcoming year. I am also excited to announce that Thane Erickson will serve as Member-at-Large along with Gentiana Sadikaj  and either Mark or Aidan. Finally, Kate Thomas has graduated, leaving a hole for the next Student Representative which I anticipate being filled very soon. Thanks, Kate, for your representing the SITAR students the last couple of years. I am very grateful in general for the opportunity to serve with the Executive Council and various committees, all of whom continue to improve the society through their creativity and dedication. I particularly want to recognize Sandro Sodano, who stepped down as Past-President during the 2015 meeting, for his many years of service to SITAR.