Expanding the Circle: Cult of Personality 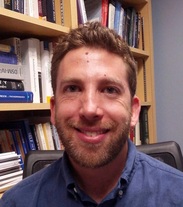 Music has always been an important part of my life. In high school and college music festivals and concerts were just as much a part of the summer as was the beach. When I moved to NYC my musical tastes and interests continued to expand as I began working for a record label prior to beginning graduate school. Through my social and professional immersion in music I quickly understood how much information about a person was often conveyed through their musical tastes and preferences. I was thus very excited to come across a 2006 paper by Peter Rentfrow and Samuel Gosling titled, “Message in a ballad: The role of music preferences in interpersonal perception” in which they used interpersonal perception to explore how music preferences communicates information about ourselves to others.

The authors of the paper began their research question by recognizing that music is often the topic of conversation when strangers become acquainted with one another. To confirm this suspicion they first asked sixty undergraduate students to participate in a study of how individuals get to know one another. Participants were assigned to either same sex or mixed sex dyads and were given no instructions other than to try to get to know one another using an on-line bulletin-board system. The authors then analyzed the transcripts from the interactions using the Linguistic Inventory and Word Count computer program (LIWC; Pennebaker, Francis, & Booth, 2001) to determine the percentage of words that related to music compared to several other predetermined categories that were also deemed likely to come up in a conversation (e.g. books, movies, sports, etc.). These initial results confirmed the authors’ hypothesis that music would be the most commonly discussed topic each week. Indeed, during the first week, 58% of participants talked about music; followed by movies (41%) and football (41%) a statistically significant difference (ps<.05, ds≥.50). Although talk of music decreased each week it still remained the most commonly discussed topic with the exception of week 6. The results of this first study provide compelling evidence that discussions of music are an important medium of interpersonal communication while getting acquainted.

In their second study the authors raised the question of what interpersonal information do music preferences convey. Here the authors were interested in 3 specific questions a) does music preferences convey consistent information about an individual’s personality (i.e. consensus), b) how accurate is that information (i.e. accuracy), and c) what features of musical preferences conveys this interpersonal information. To explore this they had seventy-four undergraduate students complete several measures of personality including the 44-item Big Five Inventory (BFI; John & Srivastava, 1999), Rokeach’s (1973), Values Survey (RVS) which involves rank ordering several terminal values (a comfortable life, a world at peace, an exciting life, family security, etc.) and instrumental values (ambition, courage, forgiveness, love, etc.), a single-item measure of self-esteem (Robins, Hendin & Trzesniewski, 2001), and the Positive and Negative Affect Schedule (PANAS; Watson, Clark, Tellegen, 1988). In addition, each participant created a top-10 list of their favorite songs. These top-10 lists were then used to record a top-10 audio CD for each of the 74 participants in the study. The researchers used these CDs to code two pieces of information about the music: information about the specific features of the song (e.g. tempo) and the genre of each song (e.g. rock). The coders were reasonably reliable in their ability to independently code these two features of the songs (mean coefficient alpha of .68).

The seventy four targets were then rated by 8 observers who listened to each of the 74 CDs and independently rated the targets on the personality measures. Observers had no other information to base their judgments of the targets and were given no instructions on what information from the music they should use to make their ratings. However, to help with rater fatigue the judges only rated 12 of the terminal values, 6 of the instrumental values, and 9 of the 20 PANAS adjectives.

Results of interobserver agreement suggested that raters were able to come to consensus on a number of personality characteristics with mean ICCs of .29, .16, and .10 for BFI traits, values, and affect variables respectively. The largest ICCs for the BFI were for Openness (.38), Agreeableness (.37), and Conscientiousness (.30). For Values the largest ICCs were for the Terminal values of Social Recognition (.30) and Wisdom (.23) and for Instrumental values Imagination (.25) and Love (.24). The ICCs for self-esteem, Positive Affect and Negative Affect were lower and not statistically significant.  Recall that raters made these interpersonal ratings based on their listening of the targets top-10 music CDs and otherwise had no other information about the targets. Yet, they were still able to reach consensus regarding the target’s personality.

Next, the researchers examined the accuracy of the observers’ impressions of the targets personality based on their listening of the music CDs. Accuracy was assessed by correlating the aggregated observer ratings with the target’s self-ratings on each personality dimension. The mean accuracy correlations were .24, .15, and .10 for the BFI traits, values and affect respectively. Accuracy was highest and statistically significant for BFI Openness (.47) and the values of imagination (.42) and world of beauty (.28). Again, relatively good accuracy of personality ratings based exclusively on the targets’ music preferences.

Finally, the researchers examined which aspects of the music guided the observer’s judgments of the target’s personality by correlating the aggregated observer ratings with the 25 music attributes averaged across the songs of the target’s top-10 list as well as with the music genres included in the target’s list. The results suggested that observer judgments were significantly correlated with several music attributes and genres. For example, observer ratings of extraversion were positively and significantly related to music attributes such as energy (.42), enthusiasm (.48), and amount of signing (.38) and the genres of hip-hop (.33) and country (.23). The authors then evaluated the accuracy of the connection between the personality characteristics and music cues by comparing it to the relationship between the target’s self-ratings and their musical preferences and found that several of the music cues were valid indicators of what the target was actually like. For example, extraverted targets had top-10 lists that contained music with lots of energy (.12), enthusiasm (.18), and singing (.29) and country (.32) and hip-hop (.13) songs. The authors then looked at the intercorrelations between the target ratings of personality and music cues and self-ratings and music cues and found that the correlations were largest for the most accurately judged qualities. This suggested to them that the music cues mediated the judge’s accuracy. Furthermore, certain personality characteristics (e.g. extraversion) were more strongly related to music attributes (e.g. tempo) than to genres whereas other impressions (e.g. salvation) were more strongly related to genres than with music attributes.

The findings from these two studies are consistent with my personal experiences of the relevance of music for conveying interpersonal information. Study 1 showed that music is a common topic of conversation in getting acquainted with another individual and Study 2 suggested that music conveys consistent and relatively accurate interpersonal information and moreover that specific features and attributes of music differentially influences people’s impressions of another. A number of personality factors may contribute to why musical preferences reveal information about personality and many of these factors may be related to culture, age cohort, or other demographics which may in turn be confounding factors that limit the generalizability of the results. These and other methodological limitations of the study notwithstanding these results provide compelling evidence of the interpersonal messages conveyed through music preferences.