Expanding the Circle: Patrick Vermeren and colleagues on the 'leadership circumplex'


There are many commercial models of leadership advocated by ‘practitioners’. These models are both used to give organizational advice and in leadership training and coaching. All of these models are claimed to be ‘true’ without much or even any research evidence to back up these claims. Leadership is also one of the most studied topics in work and organizational psychology (Yukl, 2010). Almost 20% of the papers published in top journals on organizational behavior include leadership (Morrison, 2010). Most models either describe the positive side of leadership or only deal with the darker side of leadership, failing to measure a complete range of leadership styles (Avolio & Bass, 1991; De Hoogh & Den Hartog, 2008; Hogan & Hogan, 2001). A second issue in this debate is the lack of theoretical grounding of leadership. Most definitions of leadership refer to influencing others as the core characteristic of leadership (Vroom & Jago, 2007; Yukl, 2010). Influencing others presupposes interpersonal interaction between the leader and the people being led. 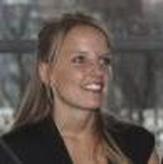 Dr. Marleen Redeker,
VU University Amsterdam,
the Netherlands
A group of practitioners (from the company PerCo in Begium) was confused about the plethora of leadership models, especially since many seemed to contradict each other. These consultants were already familiar with the Interpersonal Circle, popularly known as ‘Leary’s Rose’ amongst practitioners. Upon comparing some descriptions of leadership styles in popular books (e.g. Goleman et al., 2002) with the descriptions in Leary’s interpersonal circle (1957), the idea of exploring leadership as having a mainly interpersonal nature was raised. They hypothesized that leadership could also be summarized by the two main dimensions of agency/social dominance and communion. They also hoped it would be possible to build a better leadership test, measuring the full range of leadership behaviors, because many academic tests showed low reliability [e.g. the coefficient alpha reliabilities of the Dutch Multifactor Leadership Questionnaire (MLQ Form 5X) are between 0.41 and 0.66, with only one construct – laissez-faire, showing an a = 0.72; Mindgarden, 2002 – results of others studies showed the same coefficient alpha reliabilities; (e.g., Vinkenburg et al., 2011)]. 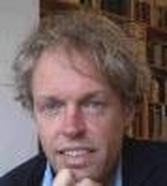 Dr. Reinout de Vries,
VU University Amsterdam,
the Netherlands
In the first stage of the development of a new leadership measure based on interpersonal theory (2003), the consultants contacted a circumplex specialist, Danny Rouckhout (University of Antwerp, Belgium) to investigate the possibility of a ‘leadership circumplex’. A group of 5 practitioners (average age = 44.8; average experience = 15 years) created a set of 418 items in the third person singular. Scholars from the University of Antwerp revised the 418 items – for example, they made two items in instances where the originally created items represented more than one behavior. The final item set consisted of 442 Dutch items. 203 participants holding a leadership position participated in the study (age ranged from 24 to 64 years; M = 46.4, SD = 8.53; one unknown). Participants were invited to assess their own leadership style, providing scores on the 442 leadership descriptive items, using a 5-point Likert Scale. Confirmatory factor analysis revealed 13 dimensions, consisting of two big factors and 11 very small factors. Next, Multi Dimensional Scaling (MDS) was used to test the true circumplex nature of the items, by using criteria most scholars agree upon (Fabrigar et al., 1997). Several dimensions were tested, but a two-dimensional solution gave the best fit. The hypothesized circumplex nature of (interpersonal) leadership was confirmed and a first questionnaire (the the Circumplex Leadership Scan 360 degree - or abbreviated the CLS360) was constructed, containing 125 items. Several analysis (MLDF = Maximum Likelihood Discrepancy Function, RMSEA = Root Mean Square Error of Approximation, GFI = Goodness-of-Fit Index, AGFI = Adjusted Goodness-of-Fit Index) and comparisons with other circumplex tests (the IAS-R, N-IAS, IMI-C) were conducted (Rouckhout, De Fruyt, & Vermeren, 2007, unpublished data), indicating good circumplex properties.

Based on these positive outcomes, the consultants soon realized that more research was needed (e.g. to investigate test-retest stability and convergent validity) and they contacted Reinout de Vries of the VU University Amsterdam, who had worked on leadership and the interpersonal circumplex (De Vries, 2008) and who proposed to do doctoral research on the leadership circumplex and the further refinement of the CLS360. In August 2008, Marleen Redeker was selected for the position. In a first study, she investigated the circumplexity and item selection once again. In total, 5 studies on the CLS properties were conducted, providing evidence of an integrative model of leadership (called ‘The Leadership Circumplex), which was valid and reliable.

Because this article is directed towards scholars familiar with the interpersonal circumplex, we will not further go into technical details. Let us summarize this research by mentioning that the Leadership Circumplex complied with the circumplex criteria or assumptions most researchers agree upon (e.g. Fabrigar et al., 1997). The relations could be summarized by two orthogonal dimensions (agency and communion), items were equally spaced on the circumference of a circle, with equal vector lengths measured from the origin of the circle. CIRCUM analysis (Browne & Cudeck, 1992) showed the goodness of fit of this version of the CLS as a circumplex. 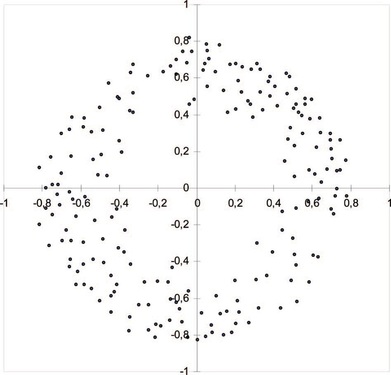 Figure 1. Scatterplot of 197 items.
Study 3 found that subordinates’ ratings of their leaders showed the same circumplex structure as the leaders’ self-ratings. The high congruence indicates that individual comparison between self and other-ratings is possible and that there is potential for the CLS to be used as a 360° measurement instrument. 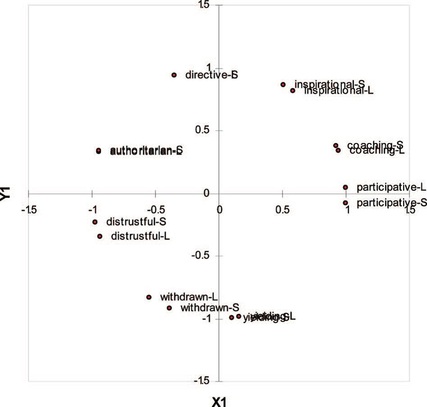 Figure 2. Procrustes rotation of leaders’ self-ratings (L) and subordinates’ ratings (S) of their leader.
Study 4 showed high convergent validity of the eight octant scales with leadership styles and behaviors from other questionnaires. Furthermore, in this study, 80 leaders participated in an examination of the test-retest reliability. Correlations between the same scales at Time 1 and Time 2 (for instance, coaching at Time 1 and coaching at Time 2) ranged from .75 to .87, indicating high test–retest reliability. Study 5 examined the predictive validity of the questionnaire. Our research has shown that some styles were related to leadership effectiveness criteria (inspirational, coaching and participative) and the styles opposite to them, and especially those low in agency (yielding, withdrawn, distrusting) were negatively related to leadership effectiveness. Styles high in communion and agency are also positively related to two other leadership outcome variables, identification with the organization and commitment.

Interpersonal theory provides a powerful framework to discuss and measure leadership from different perspectives (leader, subordinate, peer…). The CLS360 (v3) now contains 116 items and is already used by practitioners in Belgium, the Netherlands, and Australia. The leadership model is now conceptualized using three colors, used as a traffic light metaphor and referring to research outcomes linked with the styles. Green color means those styles are in general producing positive outcomes and are related to effectiveness, performance and effort. Amber color means these styles should be used with caution because of the possible negative outcomes. Red color (“stop and reflect”) is used to indicate styles that have shown in past research to be related to negative outcomes (such as lower employee satisfaction and productivity). One of the authors (Patrick Vermeren) has written an extensive book on leadership, with an exhaustive description of the leadership circumplex and other related research findings. The English version of this book (‘Around Leadership. Bridging the Scientist – Practitioner Gap’) will appear in 2014. The doctoral dissertation by another author (Marleen Redeker) also contains studies on the influence of hierarchical level and gender on perspectives of leadership, how leader’s sex and behavior determine perceived effectiveness and a final chapter studied the facial characteristics of the leader and the inability of individuals to accurately assess someone’s behaviors from facial characteristics alone. 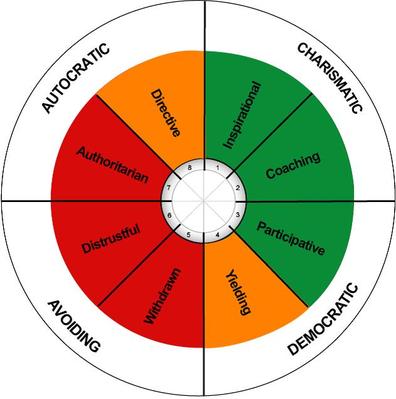 Figure 3. The Leadership Circumplex as used in practice and in the CLS360 questionnaire (visual model: Patrick Vermeren; names: Patrick Vermeren & Reinout De Vries, 2008)
The full details of this research can be found in the open access article published in the European Journal of Work and Organizational Psychology via this link: http://dx.doi.org/10.1080/1359432X.2012.738671

Scholars interested in using the instrument or the database for research purposes, please contact Patrick Vermeren (vermeren.consulent@telenet.be). The authors of this article form a ‘scientific committee’ that will decide what projects they will support, granting free use of the CLS360 or the database. Practitioners or organizations wishing to consider using the CLS360 are kindly referred to Quentin Jones (e-mail: Quentin@cls360.com)

De Vries, R. E. (2008). What are we measuring? Convergence of leadership with interpersonal and non-interpersonal personality. Leadership, 4, 403-417.