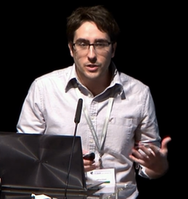 Psychological theories of interpersonal communication often emphasize the role that nonverbal behavior plays in the sending and receiving of social signals (e.g., those related to dominance and affiliation). However, because measuring these constructs is often difficult and time-intensive, empirical studies in this area have been rare (see Burgoon & Dunbar, 2006; Gifford, 2010).

To better understand the complex connections between nonverbal behavior and interpersonal communication, new research is needed that focuses on: (1) specific behaviors that can be directly interpreted, (2) spontaneous behaviors that have not been acted or posed, (3) dimensional measures that can capture gradations of motion and meaning, and (4) momentary measures that can trace the unfolding of behavior over time.

The current study adopted an interdisciplinary approach to this problem by combining theories and methods from psychological science with tools and techniques from computer science. Software packages developed by the authors were used to collect dimensional and momentary measurements of specific and spontaneous nonverbal behaviors and social signals. The resulting findings reveal new insights into the role that head pose (e.g., angling up-vs-down and turning toward-vs-away) plays in communicating interpersonal dominance and affiliation.

Study Details
Analyses focused on video-recordings of 53 mothers and their 53 teenage daughters during two dyadic, lab-based tasks: a discussion of pleasant events (e.g., shared memories and plans) and a discussion of relationship conflicts (e.g., topics that frequently lead to arguments).

Finally, the momentary associations of each participant’s interpersonal behavior and head pose were analyzed using complex multilevel modeling. Affiliation and dominance were simultaneous outcome variables, and head pitch, yaw, and roll were correlated predictor variables; observations were nested within individuals and standard errors were adjusted for dyadic clustering.

Conclusions
The study’s findings are consistent with evolutionary accounts of dominance/power signaling (Burgoon & Dunbar, 2006). An upward and frontal head pose may have evolved to signal hostile dominance by increasing the appearance of physical potency (e.g., size and threat) and resource holding potential (e.g., elevation and visual field), whereas a downward and non-frontal head pose may have evolved to signal the opposite (e.g., yielding) by reducing these appearances. Future work will assess the generalizability of these findings to other populations and contexts.

Importantly, these results were found using dimensional and momentary measurements of specific and spontaneous behavior. These methodological advancements were only made possible by wedding the efficiency and precision of measurement offered by computer science with the theoretical and statistical clarity offered by psychology. Thus, in addition to shedding new light on a challenging area of scientific interest, the current study serves to demonstrate the exciting possibilities afforded by interdisciplinary collaboration.