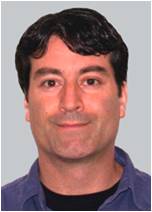 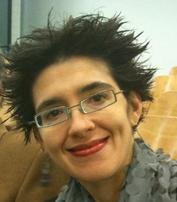 Lisa Diamond, Keynote Speaker
University of Utah
We are very pleased to announce the keynote speaker for the upcoming conference in Park City.

Dr. Lisa Diamond is Professor of Psychology and Gender Studies at the University of Utah.  Her research focuses on close relationships and sexuality over the lifespan, with a particular emphasis on their biobehavioral underpinnings and health implications. The three primary areas of her research include (1) the development of sexual desire, identity, and orientation over the lifespan, (2) influences of close relationships on mental and physical health, and (3) the role of biologically-based capacities for emotion regulation in shaping the development and experience of intimate relationships.  Dr. Diamond’s 2008 book, Sexual Fluidity, by Harvard University Press, describes the changes and transformations that she observed in the sexual identities and relationships of 100 lesbian, bisexual, heterosexual, and questioning women that she has been longitudinally observing since 1995.  Sexual Fluidity has been awarded the Distinguished Book award from the American Psychological Association’s Society for the Study of Lesbian/Gay/Bisexual/Transgendered Issues.  Dr. Diamond has received numerous other awards for her work from the American Association of University Women, the Society for the Scientific Study of Sexuality, the Society for the Psychological Study of Social Issues, and the American Psychological Association.  Dr. Diamond has been awarded grants in support of her research from the National Institute for Mental Health, The W.T. Grant Foundation, the American Psychological Foundation, the American Institute for Bisexuality, and the Templeton Foundation.

Dr. Diamond, will be speaking about her line of work showing how individual differences in parasympathetic nervous system functioning are related to individual’s interpersonal behavior, both in the context of parent-child behavior and also in the context of adult romantic relationships (among both heterosexual and same-sex couples).

Update on the Scientific Program for the 2013 Meeting of SITAR

We have received submissions to this year’s conference from presenters representing European and North American universities. In addition, graduate students are well represented among the paper and poster presenters. Presentations will cover a variety of interpersonal topics, assessments, and methodologies. Interpersonal perception, social and romantic relationships, and personality pathology are just a sampling of the different presentation content themes that attendees can expect to see in Park City. It looks like this is going to be another interesting SITAR conference!

Update on Lodging at the Marriott, Park City

Attendees of the SITAR conference and/or the special pre-conference event in honor of Prof. Benjamin are eligible for the discounted rate for lodging during the dates of May 27th through June 3rd. The discounted rates are subject to availability, so book early. Further details on lodging as well as the surrounding area are available at http://sitar2013conference.weebly.com/conference-location.html.