The Clinical Angle: Agentic and Communal themes across psychology
​​ 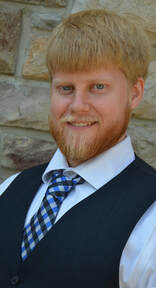 The Examination for Professional Practice in Psychology (EPPP) is a licensing examination that is meant to cover the foundational knowledge a clinical psychologist should have to know in order to work in the field of clinical psychology. Though some question the criterion and predictive validity of this exam (Sharpless & Barber, 2009; Sharpless & Barber, 2013), it remains an important step in the licensing process. Topics of study include clinical theory, diagnosis, ethics, and treatment, along with other domains of psychology (e.g. learning theory, developmental psychology, memory, research design and statistics, neuropsychology, social psychology, and industrial organizational psychology). Having recently passed this exam, I was struck by how many concepts in psychology can be fit into the agency and communion framework. To be sure, there are several excellent articles reviewing how agency and communion serve as meta-constructs to organize fields of study (e.g. Bakan, 1966; Hopwood, Wright, Ansell, & Pincus, 2013; Wiggins, 1991). This present article focuses on how agency and communion can apply to some of the clinical theories that are likely to appear on the EPPP exam.

Adler’s individual psychology (Adler, 1964) emphasized a “healthy style of life”, which was described through goals that value personal accomplishment (agency) and also the welfare of others (communion). A “mistaken style of life” over-emphasizes one of these themes at the expense of the other. Reality therapy (Glasser, 1998) contains five motivations which reflect agentic (power, freedom) and communal (love and belonging) themes, along with the motivations of survival and fun.

Communication theory distinguishes between different levels of communication. The report level is the verbal and literal meaning, while the command level is the non-verbal and implied component. They reference a “double-bind communication” where these levels mismatch. Interpersonal theorists may conceptualize this as a “complex interaction” using Lorna Smith Benjamin’s structural analysis of social behavior (see Benjamin, 1993). Communication theory also distinguishes between symmetrical interactions (based on equality, can lead to competition and conflict) and complementary interactions (based on inequality, and follows a pattern of agentic complementarity).

Bowen’s family therapy emphasizes the goal of family members becoming differentiated (agency) while remaining connected (communion) to other family members (Goldenberg & Goldenberg, 2013). A core concept of differentiation of self is used to describe an autonomous (vs. enmeshed) individual within a family unit (deficit of agency), and yet another pathological response is when a family member becomes emotionally cut off from the family (deficit of communion).

Structural family therapy (Minuchin & Nichols, 1998) also emphasizes repetitive patterns of social exchanges between family members. One aspect of this approach identifies boundaries that are too rigid or enmeshed. Another component is to understand how three people in a family unit interact. For instance, triangulation occurs when each parent asks the child to take their side, and a “stable coalition” is when this is successful and feels as if one parent and child team up against the other parent. Finally, detouring occurs when the child is used to distract from deeper marital problems by projecting the source of difficulty into the child. To disrupt these relational patterns, the therapist may use joining initially to mimic the family (complementarity) and then gradually disrupt this pattern using techniques such as boundary marking (establishing agency/autonomy) and unbalancing (therapist increases communion and taking the side of a “scapegoat” in the family to disrupt the usual pattern). Breaking with the usual relational patterns in order to promote growth is also a concept found in interpersonal approaches to psychotherapy (Hopwood et al., 2013).

Strategic family therapy (Haley, 1976) is predicated on the belief that therapy is a power struggle (agency), and that paradoxical interventions (e.g. prescribe the symptom, such as suggesting the family member deliberately engage in the problematic behavior) can motivate the client to change for the better in order to resist the therapist’s recommendation and regain control/power.

Feminist therapy (Corey, 2013) includes the motivation to understand power from a larger sociological lens. For instance, a feminist therapist may reformulate the patient’s symptoms as a natural reaction to unjust systems of oppression, and pursue an egalitarian therapy relationship (with low power distance) focused on developing agency (assertiveness training, power analysis). It also encourages a commitment to social change and an expanded awareness of oppression (a type of communion by broadening the focus beyond the individual and to the collective). The overarching goal is for empowerment (agency) and to create a society that is cooperative and mutually supportive (communion).

The Racial/Cultural Identity Development Model (Atkinson, Morten, & Sue, 1998) also emphasizes communion with various groups. The initial stage is conforming to the dominant culture, and then in the second stage dissonance emerges. From there, the third stage includes rejecting (low communion) the dominant culture in favor of one’s own culture, stage 4 is a re-examination of rejecting the dominant culture, and stage 5 is integrating both one’s minority culture AND the majority culture. Helm’s (1984) white identity model includes a stage (pseudo-independence) where the white individual attempts to address racism through a presumption of dominance and the need to “speak for” minorities (agency). This may also include suggestions (from a monocultural viewpoint) of how the minority could change their behavior to better fit into the dominant culture.  Rather, a later stage emphasizes a more balanced approach that recognizes strengths and weaknesses of different cultures, and emphasizes empowerment over advice.

Culturally sensitive therapists are also encouraged to learn tendencies of certain cultures which can fit into themes of agency (e.g. how direct the therapist should be during the first session, setting specific goals, handshakes/eye contact as conveying dominance/ aggression) and communion (e.g. stigma towards illness, emphasis on family vs. individual welfare, shame and losing face, young adults with culturally normative dependence on parents).

In summary, many different disciplines of study can be understood within the framework of agency and communion. These two concepts can aide clinical psychologists in understanding various therapy approaches, can guide the here-and-now conversation between clinician and patient, and can also be a lens with which to view cultural nuances in therapy.

Bakan, D. (1966). The duality of human existence: An essay on psychology and religion.

Helms, J.E. (1984). Toward a theoretical explanation of the effects of race on counseling: A Black and White model. The Counseling Psychologist, 12, 153-165.

Sharpless, B. A., & Barber, J. P. (2009). The Examination for Professional Practice in Psychology (EPPP) in the era of evidence-based practice. Professional Psychology: Research and Practice, 40, 333-340.

Sharpless, B. A., & Barber, J. P. (2013). Predictors of program performance on the Examination for Professional Practice in Psychology (EPPP). Professional Psychology: Research and Practice, 44, 208-217.